The Synalizer is an early attempt to simulate my genuine synaesthesia (of 3-D shapes caused by timbre) with parameters and algorithms.
The concept is based on the way synaesthetic perception might be imagined: there is a sound input, which is analysed by fourier analysis. The parameters of the analysis are mapped on a 3-D Matrix, in which 6 basic shapes are combined by percentage.

Unfortunately, fourier analysis turned out to be too inaccurate to represent sound perception in all details like the brain does. And how the brain connects the sound analysis with the 3-D shapes is still unknown in science until today. So the Synalizer is not an accurate simulation of the synaesthetic phenomena I experience, but it leads in the right direction. 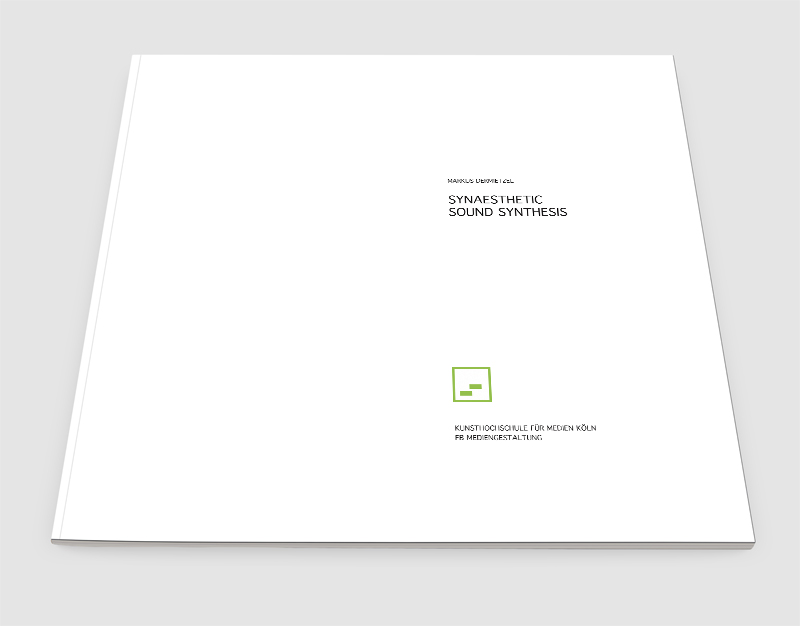 Synaesthesia as natual model for the 3-D-visualization of timbre

Synaesthetic perception is now evident and has a great influence on european culture history since ancient world.

This project had the objective, to simulate my syaesthesia-subtype with parameters under inclusion of recent results of synaesthesia research. A main objective of the simulation is the use of synaesthetic phaenomena as extended visual soundparameters for musical instrument software and live-electronic performances.
The experimental visual musical instrument SYNALIZER which is based upon this theoretical work was realized with GUI in MaxMSP/Jitter as work-in-progress project.